Victims of Destiny, Jubok scams can be compensated: Tipu Munshi 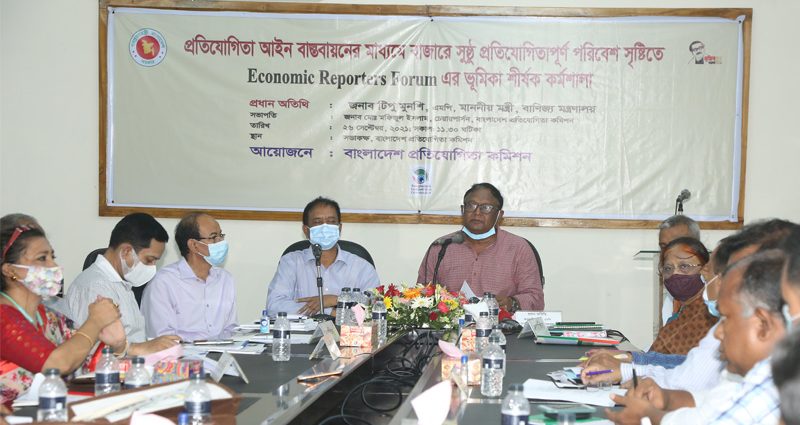 As high as 60 per cent of victims of Destiny and Jubok scams could be compensated by selling the assets of the two multi-level marketing companies, according to Commerce Minister Tipu Munshi.

Destiny and Jubok earned crores of taka by swindling thousands of people. The victims now want their money back.

“The commerce ministry has not completed the valuation of the current assets of the two companies. However, it is assumed that the value of their properties appreciated a lot over the last 10 years,” Munshi told The Daily Star yesterday.

“I want the money to return to the victims of Destiny and Jubok, but the decision should come from the court.”

On Wednesday, Munshi, during an inter-ministerial meeting, urged Law Minister Anisul Huq to review whether it was possible to sell the assets of Destiny and Jubok to pay compensation to the victims.

Munshi also discussed with the law minister whether it was possible to appoint an administrator and assessor to assess the value of Destiny and Jubok properties.
The Anti-Corruption Commission has confiscated Tk 550 crore worth of properties of Destiny Group in connection with two money laundering cases, according to media reports.

The properties include more than 1,028 acres of land and about 50 flats owned by the company and its top officials.

Formed in 1994, Jubok lured funds by promising abnormal returns. Because of its illegal activities, the central bank shut it down in 2006.

Speaking at a workshop in Dhaka yesterday, the commerce minister said the government had been trying to draw up an e-commerce policy so that emerging online businesses could run smoothly without deceiving consumers.

The Economic Reporters’ Forum and the Bangladesh Competition Commission (BCC) jointly organised the event on competition laws and healthy competition in the markets at the conference room of the BCC.

E-commerce is the reality of the business in the world now. And the whole e-commerce sector couldn’t be shut for 10 to 12 errant companies, Munshi said.

Currently, more than 30,000 people are involved in the e-commerce sector in Bangladesh.

Munshi said customers should have been aware of the errant companies.

For instance, selling a motorbike at Tk 1.50 lakh or Tk 2 lakh against the real market price of Tk 2.5 lakh is almost impossible.

“Nevertheless, the people, many of whom are innocent, have invested, and they are now in trouble,” the minister said.

He did not reply when asked whether the money could be recovered.

Md Mofizul Islam, chairperson of the BCC, said it was investigating Evaly in a suo moto case for selling goods through an unusual cash-back offer.

Victims of Destiny, Jubok scams can be compensated: Tipu Munshi