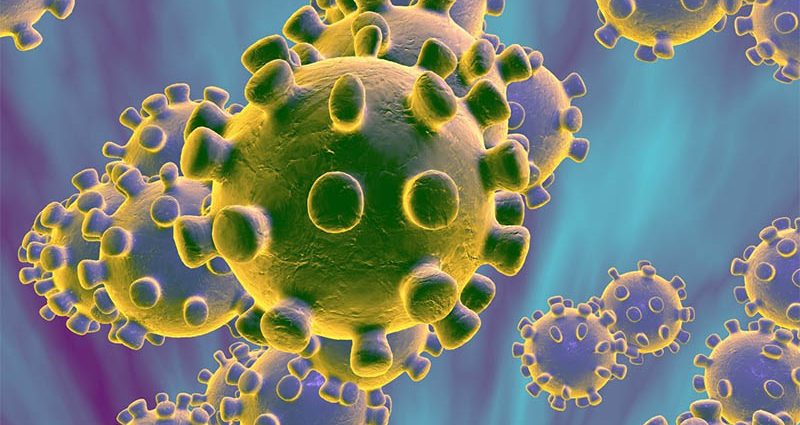 The coronavirus is going global, and it could bring the world economy to a standstill.

An epidemic that began in the depths of China’s Hubei province is spreading rapidly. There are now significant outbreaks from South Korea to Italy and Iran, and the first deaths have been reported in America. The economic fallout could include recessions in the U.S., euro-area and Japan, the slowest growth on record in China, and a total of $2.7 trillion in lost output—equivalent to the entire GDP of the U.K.

That’s the most extreme of four scenarios developed by Bloomberg Economics, drawing on the experience in China, the distribution of cases in other countries, estimates of risks to global supply chains, and a large-scale model of the global economy.

With so many unknowns surrounding the trajectory of the epidemic, and the response from government and business, forecasters cannot aspire to precision. But these four scenarios offer a way of tracing the potential effects through countries and industries, and assessing their order of magnitude.

The starting point for our analysis is what’s happening in China, where automobile sales have plunged 80%, passenger traffic is down 85% from normal levels, and business surveys are touching record lows. The economy, in other words, has practically ground to a halt.

Bloomberg Economics estimates that GDP growth in the first quarter of 2020 has slowed to 1.2% year on year—the weakest on record. If China doesn’t get quickly back on its feet in March, even that forecast could prove optimistic.

Scenario 1: Major blow to China, and spillover to rest of world

For the rest of the world, China matters as a source of demand, a source of supply, and a focus of concern for financial markets:

► In 2019, China imports came in at $2.1 trillion. From Starbucks lattes to Yum’s crispy fried chicken, sales in China are a major earner for multinationals. And Chinese tourists staying home hits everyone from South Asia’s beach resorts to the boutiques of Paris.

► China is the world’s biggest producer of manufactured components. When Chinese factories shut down, the widgets that go into everything from Apple’s iPhones to construction machinery become harder to find.

► The impact reaches small businesses too. In Hong Kong, a jewelry designer found that his automated, digitized Chinese suppliers have gone offline. They could churn out 1,000 rings in a day. His workers just spent a week hammering out a single one. “I’m back into, like, pre-historic jewelry making,” he lamented.

► China shocks have spread across global financial markets before, including the surprise yuan devaluation in 2015. The coronavirus is repeating the pattern, and on a larger scale, as equities plunge around the world and deliver knock-on blows to household wealth and business confidence.

If China can quickly get the outbreak under control, and the world’s factory rumbles back to life in the second quarter, then the impact on the rest of the global economy could be contained.

That’s a real possibility. A survey by Made-in-China.com—one of the main platforms connecting Chinese suppliers and global buyers—found that by late February, 80% of manufacturing firms had resumed operations. By late April, says general manager Li Lei, production capacity should be back to normal.

If that happens, a severe shock in the first half would be followed by recovery in the second. For the world as a whole, and major economies like the U.S., the impact would then be hard to see in the full-year GDP data.

A month ago, an epidemic confined largely to China, with other economies suffering from knock-on effects but not their own outbreaks, seemed like a plausible base case. In early March, with more than 6,000 cases in South Korea, closing in on 4,000 in Italy, hundreds in Japan, Germany and France, and concerns mounting in the U.S., it’s starting to look optimistic.

It’s true that no other county has anywhere near China’s 80,000 reported cases—and that democratic countries might balk at the containment steps taken by China, which locked down a province of 60 million. While a less draconian approach could potentially increase the ultimate cost to public health, it could also result in a smaller short-term impact on the economy.

Still, a lighting company based in China’s Zhejiang province illustrates how the problem is changing shape. The firm has more or less overcome the domestic shock: All workers are now back at the factory. But now they’re preparing to face a different problem: Weaker orders from overseas.

What happens if the problem gets worse? In scenario two, we assume that China takes longer to return to normal—a ‘U’-shaped recovery instead of a ‘V’.

“Even when factories are back to work, it’s not like all the problems are solved” said Mr. Li, the Made-in-China.com manager. “Many factories don’t have enough inventory… the supply chain obstacles cap production capacity.”

We also assume South Korea, Italy, Japan, France and Germany—the major economies other than China that have seen the most virus cases—take a hit. In our calculations, that takes global growth for 2020 down to 2.3%—some way below the pre-virus consensus forecast of 3.1%.

In scenario three, we layer on a more severe shock to South Korea, Italy, Japan, France and Germany. And we add a smaller shock to all the countries that had reported any cases as of the start of March. That includes the U.S., India, the U.K., Canada and Brazil—meaning that all of the world’s 10 biggest economies suffer a slowdown as they fight to contain the domestic spread of the virus.

In this scenario, global growth for 2020 slides to 1.2%. The euro-area and Japan go into recession, and U.S. growth drops to 0.5%—enough to see election-year unemployment moving higher.

To capture the economic impact of a global pandemic, we assume that all countries in our model face a severe shock—equivalent to the drop in growth China is suffering in the first quarter.

If that happens, global growth for the year goes to zero. The U.S. joins the euro-area and Japan in contraction—potentially changing the dynamic of the presidential election. China’s economy expands just 3.5%—the slowest in records back to 1980, when Deng Xiaoping’s reforms were just getting underway. Worldwide, lost output hits $2.7 trillion.

Other forecasters are also sounding the alarm.

The OECD cut its expectation for global growth to 2.4% from 2.9%, and warned that it could fall as low as 1.5%. Goldman Sachs expects a global contraction in the first half of the year. Recent forecasts for first-quarter GDP growth in China range from 5.8% all the way down to -0.5%, underscoring the high degree of uncertainty.

Policy research predating the coronavirus outbreak suggests there’s a downside risk to even the most pessimistic of these forecasts. A 2006 paper by the World Bank put the potential cost of a severe flu pandemic at 4.8% of global GDP—a tailspin that would rival that seen in 2009 after the financial crisis.

All of that makes the case for urgent rate cuts, extra public spending, or both. At an emergency meeting on March 3, the Federal Reserve lowered rates by 50 basis points, and markets expect more to come. That followed hard on the heels of a G-7 conference call in which finance chiefs of the major advanced economies vowed to “use all appropriate policy tools to achieve strong, sustainable growth and safeguard against downside risks”.

At the epicenter of the crisis, the People’s Bank of China has so far been more measured, cutting rates by just 10 basis points, and instructing lenders to go easy on stressed business borrowers rather than adding to the problem by calling in bad loans. In neighboring Korea, the central bank has been similarly cautious—calling an emergency meeting, but failing to deliver the rate cut the markets expected. Governor Lee Ju-yeol said he saw limits to what monetary policy can do to counter the virus.

That view might not win Lee many friends among investors. In the economics textbooks, it has a solid foundation.

The virus is at least in part a supply shock—closing factories, and forcing workers to stay at home. That’s not something policy makers can do much about. Rate cuts and higher spending will help put a floor under fragile financial markets, and revive demand once the crisis is over. In the heat of the outbreak, stimulus risks stoking inflation without accelerating growth—making the problem worse, not better.

Add on the world’s historically low level of interest rates, and high level of debt—which limit the room for maneuver—and it’s clear why economic policy makers, like everyone else in the world, will be hoping the outbreak can rapidly be brought under control. Their own toolkit is ill-suited for the task.