BSEC to bring in six local conglomerates to market 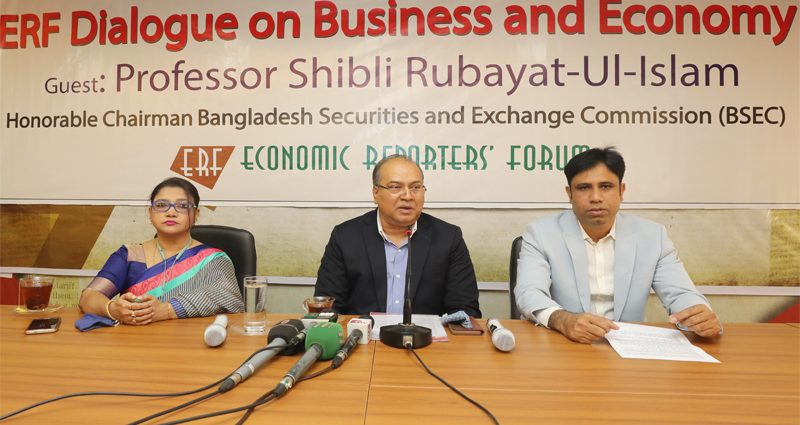 The step has been taken to increase the number of quality shares in the stock market, he said.

Of the six, one with above $4 billion in annual turnover has already contacted the commission to come to the market, he said at the maiden “Economic Reporters’ Forum (ERF) Dialogue on Business and Economy” at the ERF office in Dhaka.

However, the chairman declined to mention the names of those companies. “Many people think that Bangladesh does not have such big companies. But, the country now has many entities with $1 billion in annual turnover.”

The companies have grown with the gradual rise of the economy, he said.

Currently, the country now has a Tk 500,000 crore stock market, which was Tk 350,000 crore even a few months ago, indicating a positive trend in the market, he said.

“We are expecting a major change in our stock markets within next two years as we have taken some bold steps for continuing the positive trend on the stock markets.” Moreover, the BSEC is going to hold roadshows in Switzerland and Germany in June to bring in more bonds to Bangladesh, he said.

BSEC to bring in six local conglomerates to marke